Close
Written on March 15, 2019
REACHING OUT TO FLOOD VICTIMS 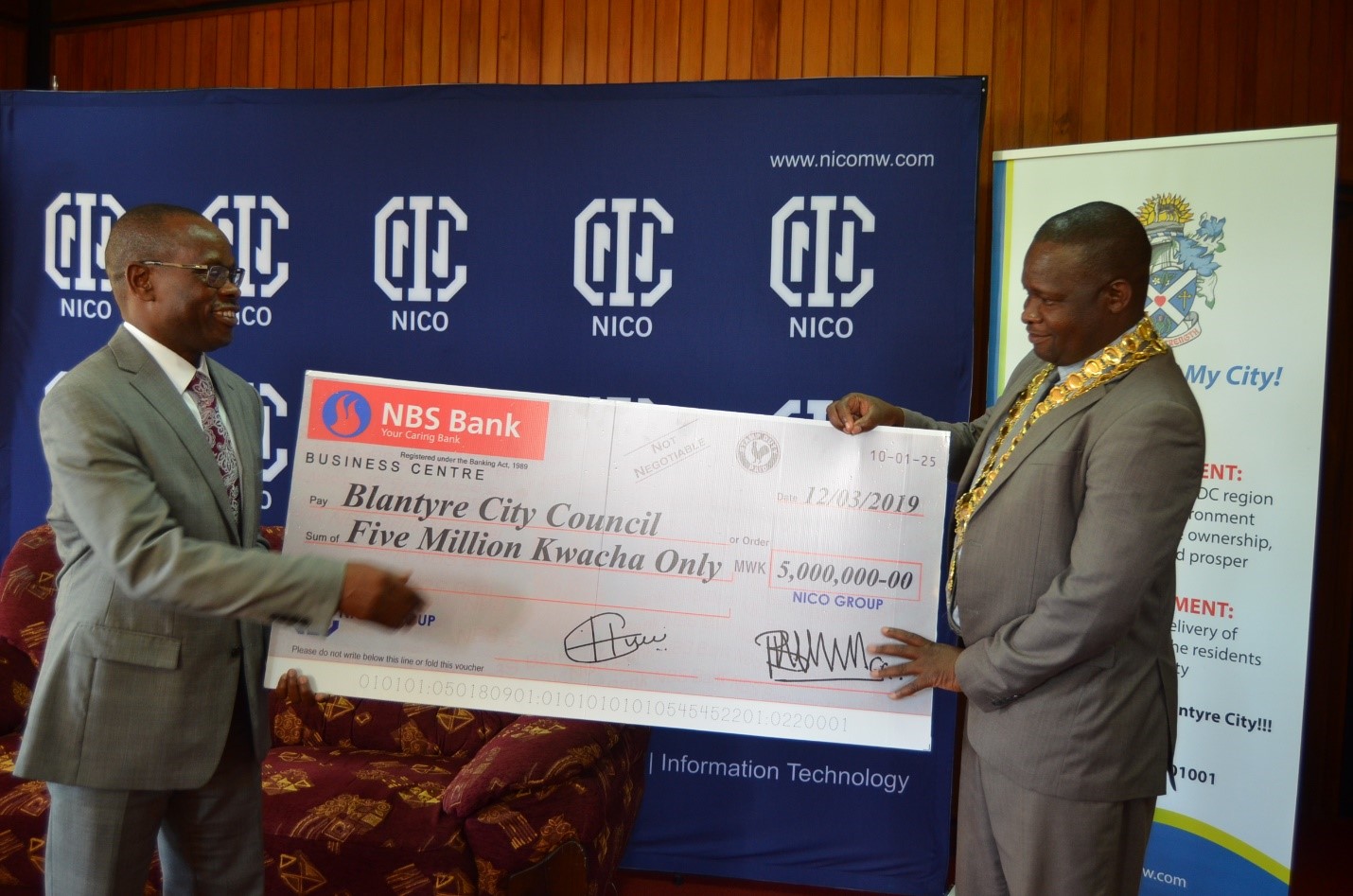 Due to the recent floods in some parts of the Southern Malawi, NICO has reached out to assist the flood victims with food stuff. As a concerned and responsible corporate entity, NICO believes in making a positive difference to the community, not just in its business offering of financial products but also in situations like these.

Speaking during the handover ceremony of a cheque amounting to 5 million Kwacha to the Mayor of Blantyre City Councilor Wild Ndipo, the Group Managing Director Mr Vizenge Kumwenda said he was saddened and touched by the situation. “I was at home when I saw the news of the floods which damaged houses, fields and property,” he said. “I got in touch with my fellow NICO executives on this and we shared the same sentiments that NICO should help out. Coincidentally the same evening his Worship the Mayor Ndipo called me and asked if NICO could help as the council was overwhelmed with the number of affected victims,” he added.  Receiving the donation on Tuesday 12 March, the Mayor commended NICO for the quick response to their call. “We are grateful to NICO for the timely donation. This donation will go towards procuring of food stuff for the victims as most of them have nothing to eat among the other items needed,” Ndipo said.

As you get older medical expenses tend to get higher. You may not feel the pinch now if your employer covers your medical bills or if you are covering the bills using proceeds from your various businesses. This pinch will be felt when sources of income are constrained...

The saying goes, "Debt is the slavery of the free." as put by Publilius Syrus. Debt is the last thing you would want to accompany you to your retirement. Debt has proven to be the most detrimental aspect of many retirees’ lives. It has caused retirees to lose their...

Create an additional source of income

Last week we discussed the importance of budgeting, which allows you to accumulate savings. Saving alone without an investment plan is like planting a seed in dry sand—no growth can happen. You therefore need a solid investment plan for your savings. For your...